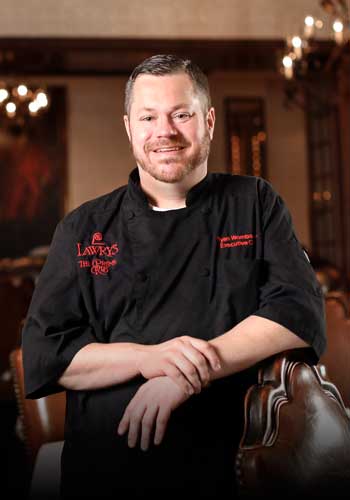 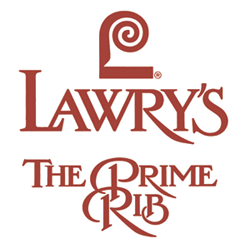 Executive ChefChef Ryan Wombacher is the Executive Chef at Lawry’s The Prime Rib in Chicago and its sister restaurant, SideDoor Chicago. Wombacher has extensive experience in culinary operations,catering,consulting, and restaurant openings. Growing up, his family was a distributor for Anheuser-Busch, which gave him an appreciation for the industry from a young age. He developed a passion for cooking early in high school, which led him to move to Chicago to attend Kendall College in Evanston, IL.

After graduating from Kendall College in 2003,Wombacher assisted in opening a restaurant in Lincolnshire. To seek further training, he became a sous chef at Rhapsody in the Symphony Center. During his time there, he was appointed to Chef De Cuisine in the Club at Symphony Center. After Rhapsody and the Club, he was given a chance to work with Giuseppe Scurato at Boka and help open Landmark. He went from a Sous Chef to Chef De Cuisine of Boka.

About a year later, Wombacher was approached to move to Louisville, KY where he ran a farm-to-table diner. Six months after moving to Louisville, Wombacher began working under Chef Edward Lee at 610 Magnolia, where he eventually became the Chef de Cuisine. Approached to help open yet another Chicago restaurant, he left 610 Magnolia and returned to the cityto open Topaz Café. While at Topaz, Wombacher opened Dolce’s Pizzeria in Westmont with Topaz’s owner,Branko Palikuca, and became Executive Chef of both restaurants shortly after Dolce’s was opened.

Later on, Wombacher worked for Restaurants of America, where he helped open Park Tavern and Central Standard before leaving to facilitate the opening ofFirst Draft in the South Loop. Wombacher then worked for Dineamic Group at Siena Tavern before openingBrass Monkey and Morgan Manufacturing. During the summer of 2015,Wombacher supported the opening ofHampton Social in River North. He spent the next two and a half years working with Parker Restaurant Group, where he also assisted with the openings of The Bassment and Mahalo.

In the fall of 2017, Wombacher worked to consult and then open Point & Feather before joining the team at Lawry’s Prime Rib and SideDoor.