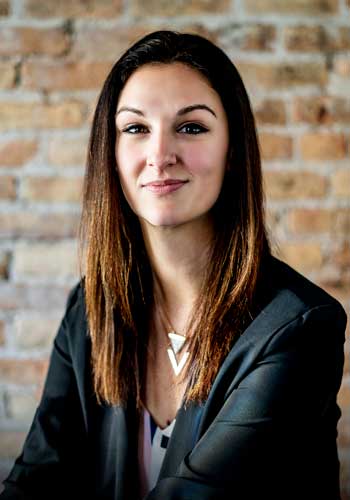 Liz Pearce started her career in an unlikely dive bar in Fargo, North Dakota. There, she worked her way through college while honing her skills before moving to Minneapolis, Minnesota, to pursue a position in the culinary cocktail field. After working at several sports bars and nightclub hotspots, she was offered a job in Chicago at Michelin-starred chef Grant Achatz's The Aviary where she worked alongside some of the most creative and passionate minds in the food and beverage world. After working her way through the ranks, she was offered a position as Master Mixologist at the award-winning Drawing Room and, at the same time, took a part-time position with the Purple Pig to further her education of fine wines. Pearce has received myriad awards including two back-to-back Speed Rack victories, multiple nominations for Best Mixologist Jean Banchet Awards (2016, 2019), was named Chicago’s “Most Imaginative Bartender” (2014) and Food & Wine’s “Best New Mixologists” (2017), and has earned plentiful praise from the media.