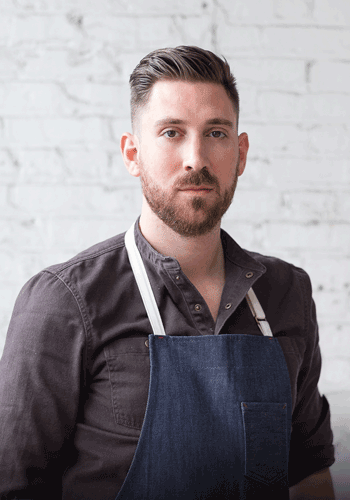 Dan Snowden, Eater "Young Gun" finalist 2012, brings more than 15 years of culinary experience to his role as Executive Chef at Bad Hunter. Since opening in October 2016, Bad Hunter has already garnered praise from diners and critics alike, earning a place on "Best Restaurant" lists around the city.

Dan gravitated to cooking at age 15, getting his first restaurant job as a prep cook at a gritty fried seafood restaurant in Newburyport, MA. Finding his calling early on led Dan to earn his Associates Degree in Culinary Arts from Johnson and Wales in Denver, CO. He then moved to Los Angeles, where he worked his way up the ranks to sous chef. In 2011, Dan moved to Chicago where continued to evolve his style of cooking at The Publican and then as sous chef at Nico Osteria. In 2016, Dan joined Heisler Hospitality as the opening Executive Chef at Bad Hunter where he brings to life his vision of "creating interesting and thought provoking food that makes people excited to dine out.”